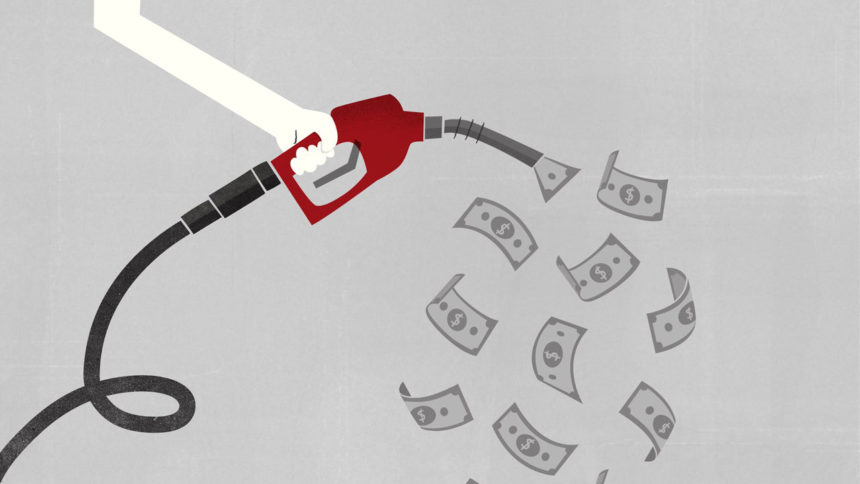 The apparent contradiction between the real economy and financial markets has puzzled some commentators but is normal around a peak in the business cycle.

U.S. economic data remains strong but a range of financial indicators point to a sharp slowdown over the next year that would dampen oil consumption and lead to lower prices.

The apparent contradiction between the real economy and financial markets has puzzled some commentators but is normal around a peak in the business cycle.

By definition, every downturn starts from a peak in the business cycle when activity is strong. The rapid shift from strong and rising economic activity into a contraction is what makes turning points hard to predict.

Global trade volumes and industrial output remained at or very close to record levels in June, according to the Netherlands Bureau for Economic Policy Analysis (“World trade monitor”, CPB, Aug. 25).

U.S. freight volumes were at record levels in June and manufacturing output was close to its highest levels since before the financial crisis, based on data from the U.S. Bureau of Transportation Statistics and the Federal Reserve.

Manufacturing activity continued to increase through August, albeit more slowly than before, according to surveys conducted by the Institute for Supply Management.

The ISM composite purchasing managers’ index remained at 52.8 in July and August, slightly above the 50-point threshold that divides expanding activity from a

But a broad range of financial indicators from fixed income, equity and commodity markets, as well as individual share prices for bellwether companies, all point to a significant slowdown in the cycle in the next six months.

Futures prices imply the U.S. central bank is expected to raise interest rates over the next six months to 4.25-4.50% before April 2023 from 2.25-2.50% at present, shocking borrowers and the economy.

The U.S. Treasury yield curve between securities maturing in two and ten years’ time is more inverted than at any time since August 2000 when the dotcom bubble was starting to burst.

Financial conditions are tightening at some of the fastest rates for more than a decade, based on the Chicago Fed’s Financial Conditions Index, which is based on measures of risk, credit and leverage.

After adjusting for inflation, the broad U.S. S&P 500 equity index is down by around 13-14% compared with the same period last year.

Individual equities closely linked with the cycle, including Caterpillar, the heavy equipment maker, and 3M Corporation, the diversified manufacturer, have fallen sharply, consistent with a significant economic slowdown.

South Korea’s KOSPI-100 index, which tracks the global trade cycle because of its heavy exposure to export manufacturing firms, is also down by more than 23% compared with the same point last year.

The expected business cycle slowdown is evident in fuel markets, where spread between European gas oil and Brent crude futures for deliveries in April 2023 has softened to $30 per barrel from more than $40 in late August.

Gas oil’s calendar spread between December 2022 and December 2023 has fallen to a backwardation of $12 per barrel from $26 in late August and $33 in June, implying that inventories are expected to be higher than before.

Gas oil and other middle distillates are the workhorse of manufacturing and freight transportation and the most sensitive to changes in the business cycle.

Softer spreads are consistent with a regional and global slowdown that would allow distillate inventories to be rebuilt from their current very depleted level.

Prices for bonds, equities and commodities reflect what is expected to happen not what will – and those expectations could change or be proved wrong.

But financial markets assign an unusually high probability to an imminent recession at the moment so the expectations cannot be dismissed lightly.

In the event that a significant cyclical slowdown occurs, it is likely to be more severe in Europe and China than in the United States.

Europe is more directly exposed to the fallout from energy prices, high inflation and the possible disruption of gas supplies stemming from Russia’s invasion of Ukraine.

China is struggling with a persistent cycle of city-level lockdowns imposed to stop the spread of coronavirus as part of its epidemic control strategy.

But spillovers from Europe and China as well as a massive tightening of financial conditions at home are expected to induce a significant slowdown in the United States itself.

Slower growth in the big three economies will also spill over into the larger emerging economies, including India, Brazil, Saudi Arabia, Indonesia, Turkey, Mexico and Thailand.

If the expected slowdown materialises, energy consumption will grow much more slowly in 2023, taking some of the heat out of prices for coal, gas, diesel and crude.