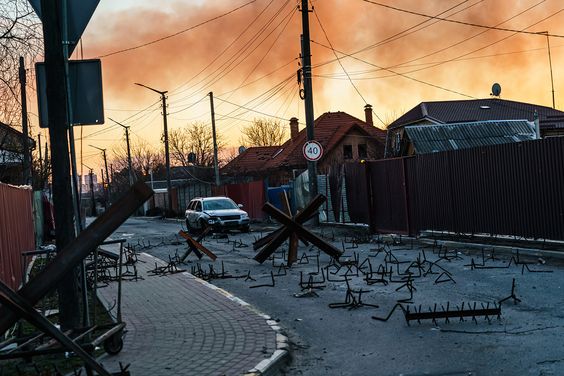 On Sunday, Ukraine and Poland agreed to develop a common border customs control system and work on a shared railway firm to facilitate people’s movement and boost Ukraine’s export potential.

“The Polish-Ukrainian border should unite not divide,” Duda informed MPs as he became the first foreign leader to address the Ukrainian parliament in person since Russia’s incursion on February 24.

The unified border customs control, according to Zelenskiy, is a “revolutionary” action.

After Duda’s visit, Zelenskiy remarked in his nightly video message, “This will greatly speed up border procedures.”

The majority of Ukrainian migrants who have fled the conflict have entered the European Union through Poland, Slovakia, Hungary, and Romania. Over 3 million Ukrainians have been granted the right to live, work, and claim social security payments in Poland.

Ukraine’s Infrastructure Minister, Oleksander Kubrakov, said the two neighbors were trying to make it easier for Ukrainian goods to be transported to the European Union.

The conflict in Ukraine, one of the world’s main wheat and corn exporters, has pushed up worldwide prices.

Due to infrastructure problems, about 25 million tonnes of grain are trapped in Ukraine. Since Russia’s invasion, Ukraine has been obliged to export most of its exports by train or through its minor Danube River ports.

According to Zelenskiy, the combined customs control might make the country’s entry into the EU easier.

In June, the European Commission will produce a report on whether or not to accept Ukraine’s bid to join the EU as a candidate, a lengthy process that is already stirring divisions within the group.