India at 100 should be watershed moment for country: PM Modi 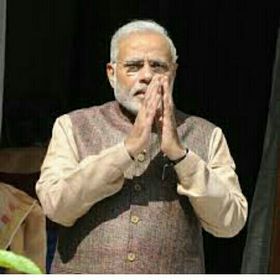 Prime Minister Narendra Modi on Thursday said India moving from the 75th year of independence to its centenary in 2047 cannot be a routine affair and it should be a watershed moment for the country.

“Our Amrit Mahotsav should be a watershed. The period of (the next) 25 years should be seen as a single time unit and not as (different) pieces,” Modi said addressing bureaucrats on the occasion of 15th Civil Services Day. The prime minister further said the prime responsibility of civil servants is to uphold the country’s unity and integrity.

“We cannot make any compromise on that. Whenever we make any decision, even at the local level, however populist and attractive it may be, it must be weighed if this decision in a small village will prove to be a hindrance to the unity and integrity of the country or not,” he said. Lauding the efforts of young entrepreneurs, Modi said India has seen 14 unicorns in the first quarter of 2022.

During the last eight years, he said, many big changes have been implemented in the country which has “behavioural change” at its core. Modi also conferred the Prime Minister’s Awards for Excellence in Public Administration for effective “implementation of identified priority programmes and innovation”.

He presented 16 awards for five identified Priority Programmes and innovations in the sphere of public administration and delivery of services.